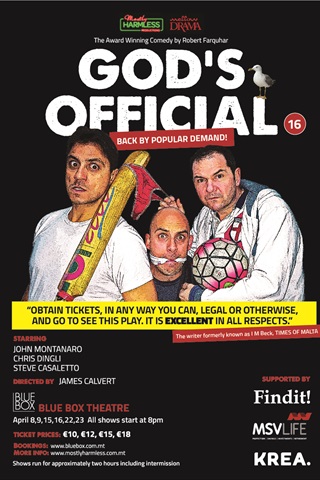 God’s Official tells the story of two football fans who, having seen their team relegated on the last day of the season, take the law into their own hands and kidnap the referee. Their aim is to force him to admit he made a mistake in awarding a goal against their team and then get the match replayed.

God’s Official is an hilarious tale of what happens when the boundaries between football and real life become blurred.